Class Counts - A Book by Allan Ornstein, Class of 1958 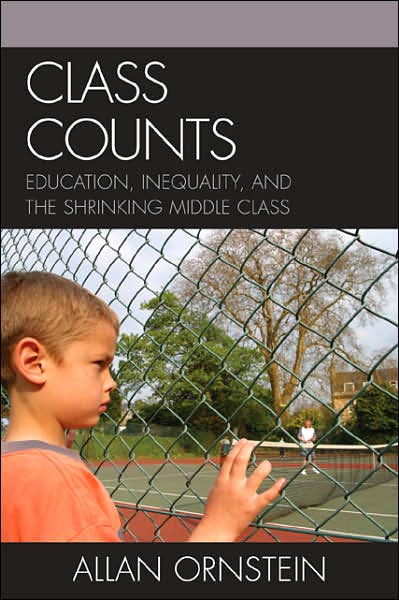 “Class counts. Class differences and class warfare have existed since the beginning of Western civilization, but the gap in income and wealth between the rich (top 10 percent) and the rest has increased steadily in the past twenty-five years. The United States is heading for a financial oligarchy much worse than the aristocratic old world that our founding fathers feared and tried to avoid. The middle class is struggling and shrinking, the Medicare and Social Security trusts are drying up, and education is no longer the great equalizer. A moral society, one that is fair and just, sets limits on the accumulation of wealth and inherited privilege and also guarantees a safety net for the less fortunate. This book describes the need for redistribution of wealth in order to make U.S. society more democratic, fair, and just, and outlines the ways in which we can begin to make these very necessary changes. This is a powerful and timely book, one that should be read by anyone interested in preserving the social fabric of American life.”

Class Counts examines (1) growing inequality in America, (2) struggling and shrinking middle class, (3) increased consumer and national debt, (4) reduction of safety nets and security, and (5) erosion of the American dream. Other topics of interest include college tuition, private pensions and Social Security, health insurance and Medicare, the replacement of the G.M. model by the Wal-mart model and subsequent low-wage jobs (without benefits ) and outsourcing jobs by major US corporations. All of these trends effect average Americans, or what the author refers to as "the bottom 90 percent." Several recommendations for a better America are presented.