If You Ever Rode The Subway To Rockaway, You'll Love This One 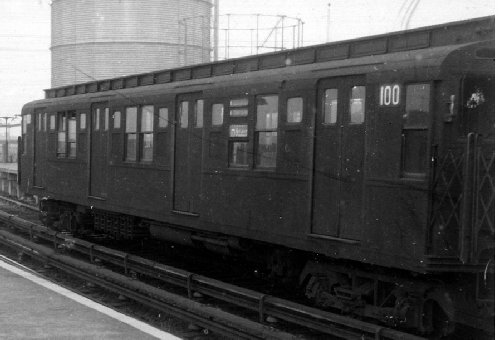 My Rockaway childhood is filled with so many wonderful memories;  the boardwalk, the beach, Central Avenue, the State Diner, Gino's Pizza, the 3 movie theaters, Morton's Army and Navy Store, and of course Far Rockaway High School.    From time to time the memories come flooding back for no apparent reason.  Something small or inconsequential will trigger  a memory and it usually puts a smile on my face.

After high school, I attended Long Island University in Brooklyn.  Before I could afford a car, I had to take the subway to school every day.  For those of us who rode the subway on a regular basis, we were familiar with every stop along the way, especially those stops on the home stretch to 'Town'.  I remember boarding the train at the Hoyt-Schemerhorn street station in Brooklyn which was of course underground.  I couldn't wait for the train to emerge from the darkness into the light of the elevated line that carried us across Jamaica Bay then turning east running along the beach until its final destination of Mott Avenue.

The names of the stations were indelibly marked in my mind; Nostrand Aveune, Kingston -Throop, Utica Avenue, Euclid Avenue, to name a few...I think that it was about this point in the trip that the train emerged from the tunnel.  I always loved looking down at the stores, cars, people as the train made its way toward Rockaway Blvd, turned south and headed for the Aqueduct Station.

From there it was a short hop to Howard Beach and over Jamaica Bay for a stop in Broad Channel.  Once the train reached Broad Channel I knew I was almost home.  But those times that the bridge was open, meant a delay in reaching my destination.  And in the dead of winter when the wind was howling and it was snowing, if the bridge got stuck, it meant a long delay.  I would watch the snow pour in through the cracks in the doors.

But as a child, what I remember most about the subway ride was the thrill I got from being in the front car and standing at the front window/door, holding on to the handle and pretending that I was driving the train.  If you had an older brother or two, you always had to fight for the best position in front.  You could see everything from there and it was the best of views.

While I have returned to Rockaway many times since moving away in 1969, I have never taken the opportunity to make that subway ride ever again.  I resigned myself to the fact that the memory would always be with me and that was enough.  But in my search around the Internet, I have discovered a rare treat.....that's right....it's about a 15 minutes journey I described above in 3 parts.  I believe it starts out somewhere around Rockaway Blvd before the train makes its turn toward Aqueduct.

If you would like to take the journey, sit back and relax and simply click on the arrow button.  This time you won't have to jockey for position or push anyone out of your way!  I hope you enjoy it as much as I did.  Once you have viewed it, please feel free to click on the guest book and share any comments or memories you have.

Due to space limitations in the Subway Memories Guestbook, Michael Spudic's entire letter did not make it on to the page.  It's a wonderful memory of the subway ride to Rockaway and I am posting it below.  Thanks Michael for your wonderful contribution to the Rockaway Memories.

, Rockaway Rockaway.   magical would gain speed and then ,

, 1970s   from school gun , , , , such a long journey Rockaway.  I did witness such a "workout" one winter   44th St/Frank   yelling and screaming from the platform for the motorman to stop, the motorman thinking the conductor was on board the train! , ,

totally that subway ride to a track rerouted down memory lane; really And , though     A lot of former Rockaway spirits are riding with you on that train!   posting this videoclip,