Those Who Fought In Vietnam Came Home To A Country In Turmoil. We Did Not Properly Thank Them For Their Service To The Country They Fought And In Many Cases, Died For.

Honor The Veterans Of Vietnam, World War II, And Of All Foreign Wars. We Live In Freedom Because Of Their Sacrifice.

The following is a list of our Rockaway classmates who made the ultimate sacrifice with their lives. This page, in some small way, tries to honor their memory.

Walter Wetzel, Class of 1962 - Died as a result of hostile fire

LLet us not forget Corporal Michael Fredrick Elflein, casualty of the Vietnam War. As a member of the Marine Corps, CPL Elflein served our country until August 31st, 1967 in Quang Nam, South Vietnam. He was 23 years old and was not married. Michael died from multiple fragmentation wounds/mine. His body was recovered. Michael was born on June 9th, 1944 in Far Rockaway, New York. CPL Elflein is on panel 25E, line 073 of the Vietnam Memorial Wall in Washington D.C. He served our country for one year. 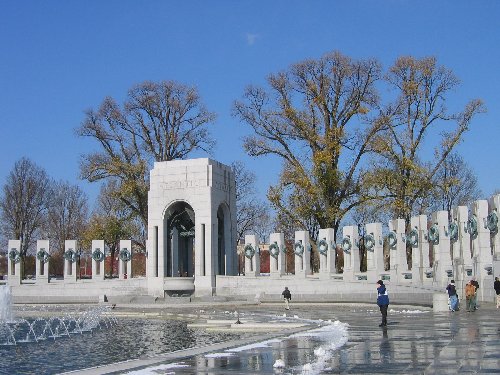 Alan Evans, Class of 1940
He was in the Army Air Corps and was shot down during the Italian campaign on January 3, 1943.  He is buried at the U.S. military cemetery in Italy.

My dear brother Richard Davis was in the 8th Air Force fighting in World War II.  He was a Navigator, killed in action, while returning from  a bombing mission over Berlin in 1944, on his 11th mission.  He was a graduate of FRHS class of 1942. Dead at the age of 20.  Mourned by his sister, Sue, class of 1947, and a grateful nation.

Henry J. Dehnert - Army - Killed in Action on October 11, 1944
I came across the amazing Hall of Honor listed on your alumni website. What a great way to remember those who have served our country.  I came across the name Henry J. Dehnert listed with the WWII veterans and wondered if he still has family in the area. I believe he may have gone to Columbia University with my dad. In fact, dad actually spoke about "Dutch Dehnert" at an awards dinner at Columbia this week, which happened to fall on Veterans' Day. Dad told how Dutch went overseas to serve with the army in Europe, while dad went with the navy to Japanese territory. When dad came home on leave, the first thing he did was go to Columbia to find his friend Dutch, only to find out that he had been killed in action.  I think it would be amazing if Dad could touch base with Dutch's family. If you have any information that would be helpful in contacting them, I would greatly appreciate it if you would send it to me.  Thanks in advance for your time and consideration.  Jane Heron  jmdh85@optonline.net


Thanks so much to Jerry Shapiro for suggesting this memorial page and for sending the first names. Thanks also to those of you who have added to this list.  If you know of others whose name should appear on this page, please send it to me.