Well the football season has come to an end.  Unfortunately for us, it wasn't the happy ending we had hoped for.  Far Rockaway HS/ FDA VI gave a super effort but we were unable to score in the overtime session and lost a heartbreaking game to George Washington High School.  The final score: GW 20- Far Rock 14 in OT!!!!  At the end of the day, they simply made a few more plays than we did, and they deserved to win today.  You hate to see anyone lose this type of game, but that is the nature of a Championship Game.  There can only be one winner.

I would personally like to thank all of our friends, family, and supporters, on the wonderful ride that this 2008 Varsity Football season has been for Far Rockaway HS/ FDA VI.  The string of this loss will hurt for a while, but like all things in life, we will look back and be thankful for all the opportunities that this season brought the team. 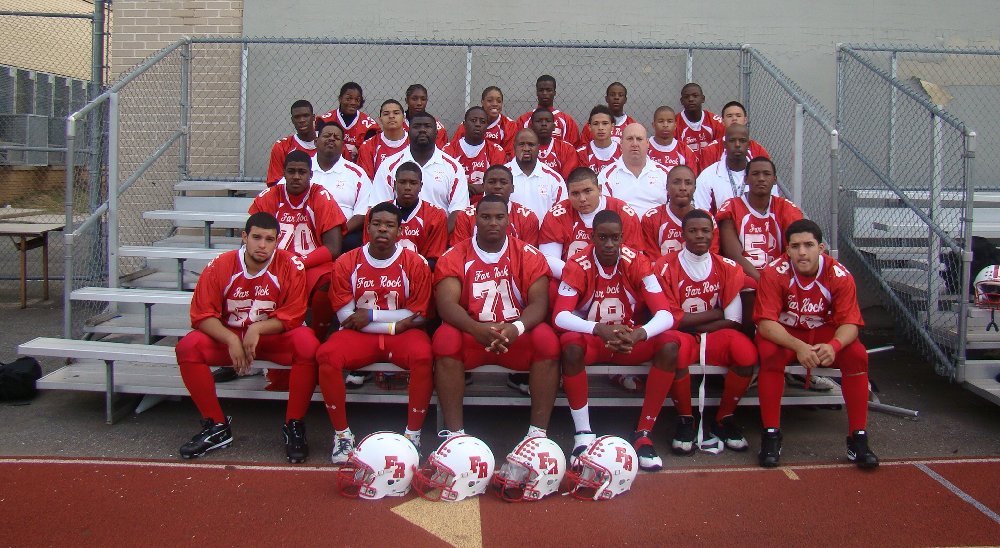 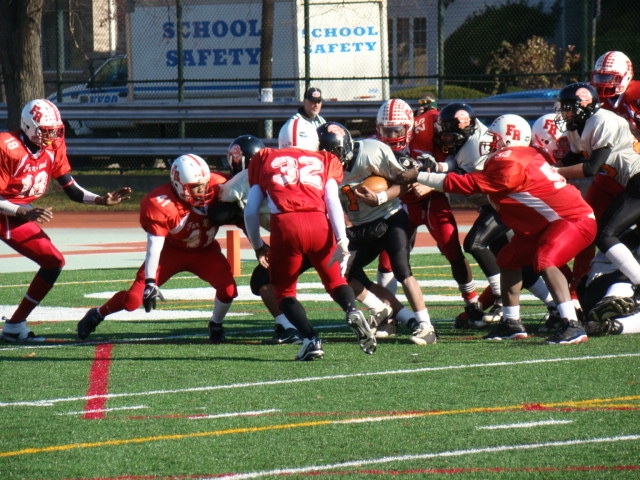 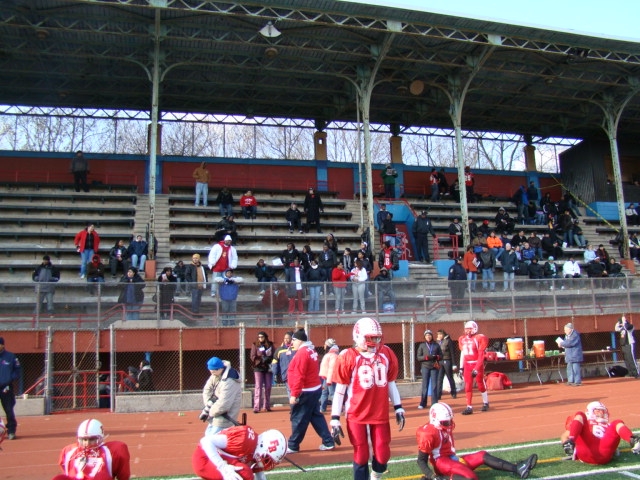 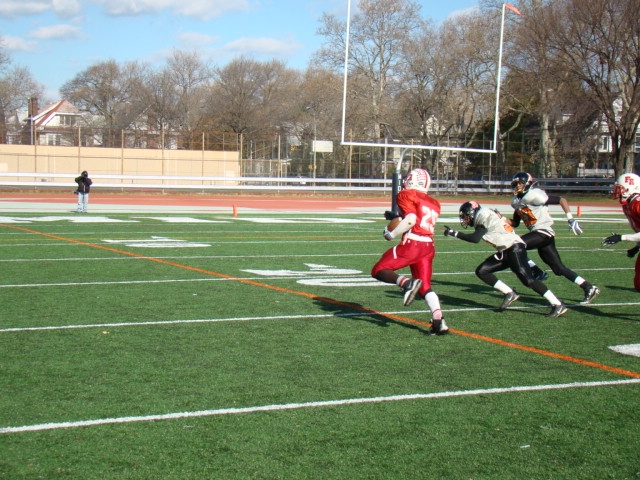 I attended the FRHS football game yesterday (October 25, 2008) and thought some alumni might be interested to hear how well the team is doing. They won yesterday and now have a record of 6 wins and 1 loss. Jake Miller, the assistant coach from our era, was there and we had a great time reminiscing.

The football (also baseball and soccer) field is in top notch condition- it was donated by the NY Giants a few years ago and is in great shape. The team is coached by a former FRHS alumni, Walter Wilkinson, who graduated in 1987.

The stands were full, there was great school spirit and they even had a student dressed as a Seahorse!!
For more information the Football Team website is: http://www.farrockfootball.com