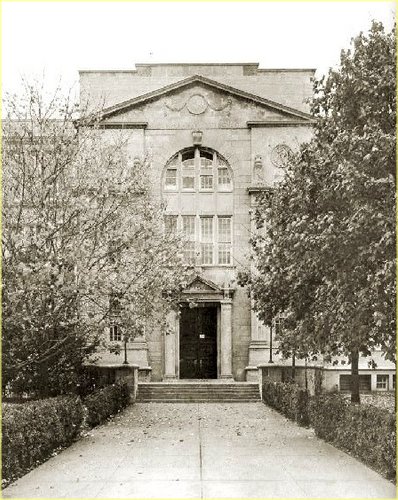 As I write this piece, it's hard for me to believe that it has been 23 years since Far Rockaway High School celebrated it's 100th anniversary.  The memories of that weekend will live with me forever.  I'm sure if you attended, you came away with many of the same feelings that I did about our once thriving high school and Rockaway community.  It was estimated that over 5000 former students attended one or all of the events that took place that weekend.  If you missed it and didn't or couldn't attend, you missed a "Once in a Lifetime" event.  Former students from as far back as the 1920's sat in the bleachers with their counterparts from every other decade including the most recent graduates from the 1990's.  It was truly an amazing homecoming.

The football game was followed by lunch in the cafeteria and a tour of the school.  That night we gathered at the Marriott Hotel on Long Island for a dinner, dance, and a chance to see old friends that we lost touch with years ago.  It was amazing to see people recognizing each other even though years had passed, hugging, crying, laughing, and talking into the late hours of the night.  As I recall, FRHS alumnus sold out the entire hotel as attendees came from the four corners of the world.

As a tribute and memory of that weekend, I am finally happy to post the video that was taken of the entire weekend.  I hope you enjoy it after the 20 years that have come and gone, and I also hope you will pass this link on to other FRHS grads who have stopped checking this website on a regular basis.  After viewing the video, please email me any thoughts or memories you might have of that weekend and I will post them on this page.  Thanks for continuing to view this website and thank you for all of the support you have shown me over the years with your photos and stories about our beloved Rockaway community.

Sincerely and with much love and affection,

Below is the video in 2 parts as well as a short video of Legendary Coach Jack Kerchman's remarks at the football game.