A Tribute to Earl Jagust 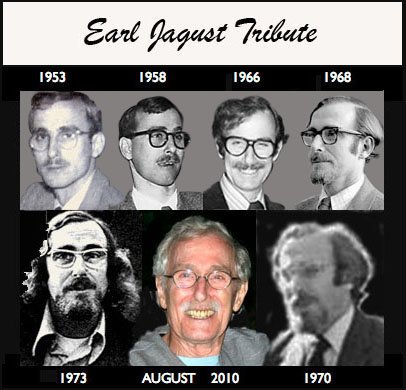 Earl Jagust, is an unforgettable, all time favorite teacher of former FRHS students. He is well known for his special kind of of humor, his pranks, his passion for English literature and his agility in leaping over and up classroom furniture while acting out the class reading of the day. On this web page many of his former students and colleagues recount their stories about him. Their tone is joyful, and filled with admiration and gratitude.

Mr. Jagust taught English and Journalism. He also taught a Senior English Honors class that was called "Novels." During a large percentage of his tenure at FRHS he was the advisor to the school newspaper ("The Chat"). He established and coached the fencing team and he was the senior-class advisor.

Earl Jagust has just celebrated his eighty-eighth birthday and he will be happy to hear from those who remember him and his teaching.